LP “Company BINOM”, from the moment of its formation, was aimed at the extraction and processing of marine biological resources, which did not arouse interest among the Far Eastern fishery producers. The abbreviation “BINOM” was created from the phrase “biological unused objects of the sea”. First of all, these were deep-sea crabs and shrimps, halibut, perch, anfeltia, kelp, etc.

New fishing gear, fishing and processing techniques were developed, new vessels were re-equipped and built at Russian shipyards, systems for the transportation of products and their marketing, repair, technical operation, maintenance and supply of the fleet were trained, personnel were trained. The FSUE “SakhNIRO” Institute on the material and technical base of BINOM launched large-scale biological research of new objects, consistently solving the problem of scientifically grounded rational exploitation of reserves.

The experience and results of the company’s work were considered at a meeting of the Scientific and Technical Council of Roskomrybolovstvo and received a positive assessment from leading scientists and industry experts.

Under the patronage of the institutes “VNIRO” and “TINRO-Center”, a regional long-term project for 1996-2000 was developed and implemented. the program of research and development of the deep-water isotorn crab in all known areas of its habitat in the Far Eastern seas.

Of course, this was the most important prerequisite for the efficient and rational economic use of this crab stock in the long term.

1997 year
At the Boston Stock Exchange, where the Sakhalin equal-spiked crab was sold, BINOM was recognized as the world’s largest producer of products from it: the volume of catch was 2850 tons.

With the development and complication of production, BINOM became closer and closer within its own structure. Two subsidiaries, Kuril Universal Complex and Batial, were organized.

The material and technical base of coastal fish processing in the Kuriles and Sakhalin, coastal fishing was organized and developed. A promising direction is the development and improvement of trawl fishing for deep-sea shrimp in the Far Eastern seas.

The BINOM Fishing Group, using the foreign experience of Norway, Canada, the USA and Iceland, has developed and successfully introduced new designs of shrimp trawls with special devices to protect against negative environmental impacts and ensure high quality of the extracted raw materials. This experiment turned out to be successful in almost all fishing areas of the Japan, Okhotsk and Bering seas. A few years later, about 60 vessels from all over the Far East basin began to catch northern shrimp by trawl.

1999 year
RPG “BINOM” started mastering the most difficult and laborious crab fishery – japonicus and angulatus (deep-sea snow crab), living at depths of more than 1000 meters.
2002 year
An event took place that, on the whole, significantly expanded the business structure of RPG “BINOM” – the Korsakov agar plant, famous in the Soviet Union, was acquired, restored and launched.

It mastered the production of microbiological and food agar-agar, biologically active additives “Laminal” and “Mollusks” (the last of the unused scallop mantle. This drug was found to be more effective for improving vision than the widely advertised blueberry preparations), and also dried seaweed using Japanese technology.

For 28 years of its active work, the team of RPG “BINOM” has done a lot of useful things for the development of the fishing industry in the new economic conditions. The crab and shrimp directions acquired new owners. And since 2013 RPG “BINOM” has focused its efforts on the last massive unused object of the sea – seaweed and, first of all, kelp.

New technologies are added annually to those worked out over the previous 10 years, which make it possible to produce natural products from Sakhalin kelp algae, preserving everything useful in them, laid down by Nature.

For the distribution of RPG “BINOM” products in the central regions of Russia in 2016, a subsidiary in the city of Moscow, LLC “WORLD OF SEAWEED” was organized. 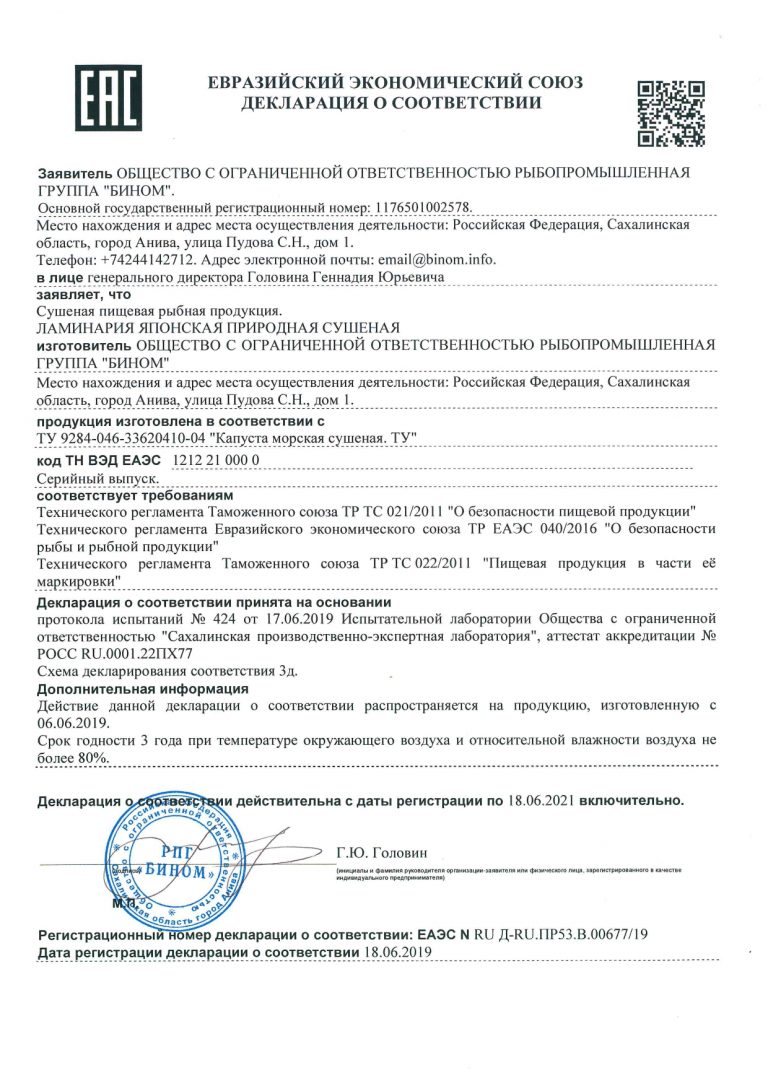 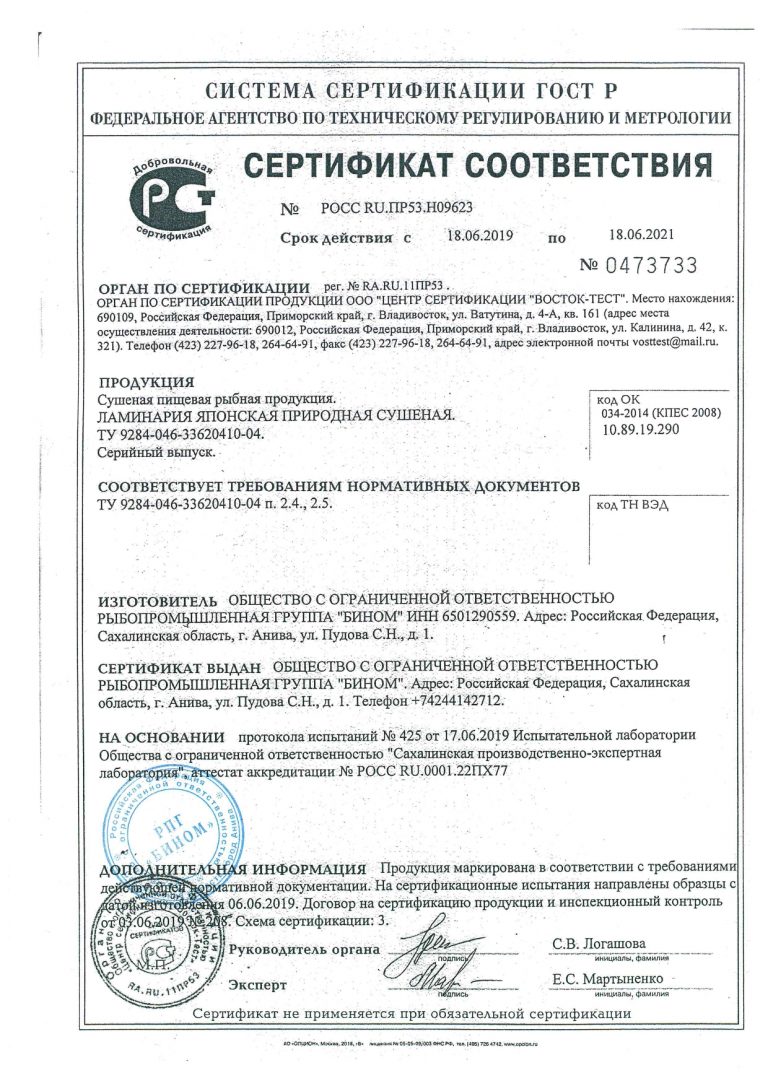 Leave a request and we will contact you shortly